What if we told you that right now there is more than 7,600 tonnes, and millions of individual pieces, of space junk orbiting the Earth? These pieces of debris are the remains of disused satellites, pieces of rockets, items left behind during space walks, and they have huge implications for the safety of current and future space exploration. The European Space Agency has stated that a collision with an object larger than 1cm across could cause “mission critical damage.” And as if this were not enough, if we don’t act soon all this junk could lead to the Kessler Syndrome, a scenario most recently portrayed in the film Gravity in which the density of man-made objects in orbit could lead to a catastrophic cascade of collisions that would put an end to space exploration, perhaps permanently. 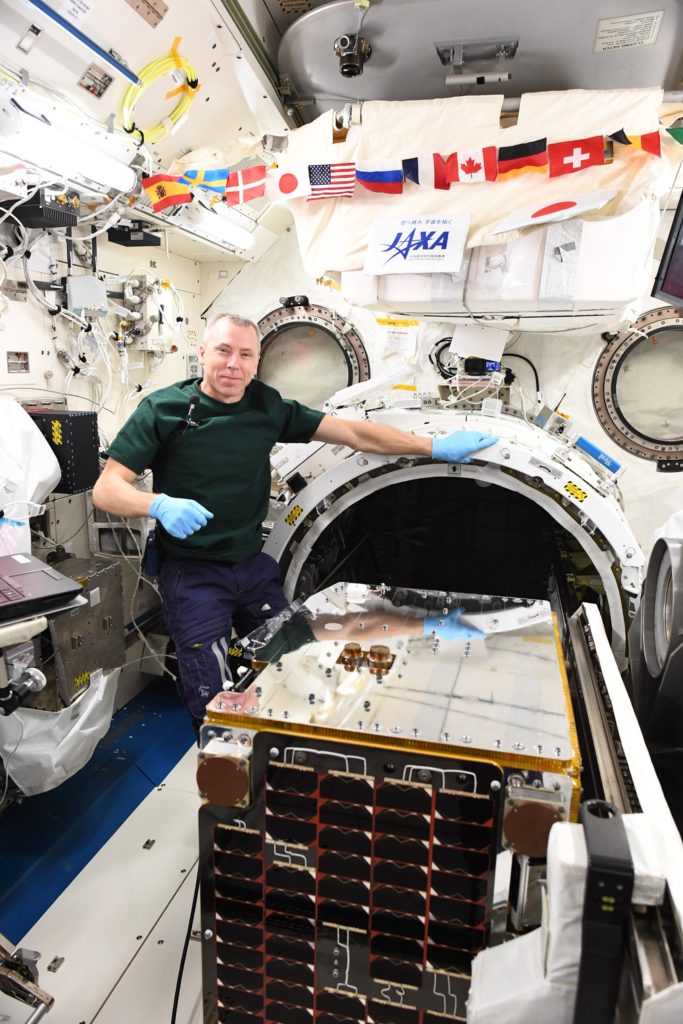 Fortunately, there are scientists across the globe working to solve the problem. On the 8th of February this year, an international collaborative effort coordinated from the University of Surrey’s Space Centre in the UK saw the RemoveDEBRIS spacecraft successfully harpoon a small piece of simulated space junk at 20 meters per second. The third of four planned experiments for the spacecraft, this method has the potential to capture large satellites in order to remove them from orbit. The harpoon, which in this test was the size of a pen, would be scaled up and reinforced to withstand the force required to capture larger targets. In September 2018 the spacecraft conducted a similar test using a 5m net, which was also successful. The final mission for RemoveDEBRIS is planned for March 2019 and will see the spacecraft use a drag sail in order to exit the Earth’s orbit, and disintegrate upon re-entry, thereby preventing further detritus and providing proof of concept for how to eliminate space junk in the future.

Experts have predicted that it is necessary for us to remove 5 large objects from low-Earth orbit per year to prevent the Kessler syndrome, and this will require more innovative thinking, and the development of new technologies. Moriba Jah, a Space Scientist as the University of Texas in Austin, states that “the active removal of space debris will require many different methods and techniques” and that we will need to have a “so-called ‘toolkit’ of methods that can be applied.”

It is for this reason that in 2018 CASE Space School challenged students to work together and explore the possibilities for eliminating space junk in their ChallengeX projects. During their time in Houston, students worked in teams to develop solutions to real-world problems. In 2018, we had several groups work on concepts to remove space junk from Earth’s orbit and, due to the quality of student work produced, this theme will be carried through into the July 2019 expedition, and potentially further. Being offered the opportunity to contribute to real scientific issues and present their solutions in front of a panel of judges allows students to uncover and develop their individual skills, as well as share their imagination and innovation with experts in the space industry. Being able to contribute in such a tangible way to topics that are so relevant in the news has the effect of motivating students, inspiring them to commit to their dreams. And who knows: perhaps one day they will invent a workable solution that could rid our Earth’s orbit of redundant man-made materials for good?

Back to S.T.E.A.M. ahead >>
CASE Space School now offering Duke of Edinburgh Award! Actura at FutureSchools